WASHINGTON, D.C.-This weekend, Congressman Marshall went to El Paso, Texas with a bipartisan group of members to assess the current situation at the border. During his visit, he met with representatives from Customs and Border Protection and visited an HHS Unaccompanied Alien Children (UAC) shelter in Tornillo, Texas.

“I went on this trip with more questions than answers. I quickly realized on my visit that there’s not a perfect fix,”Rep. Marshall said.

According to DHS’ statistics, arrests at the border are up to more than 50,000 individuals a month. The number of family units entering the country illegally has quadrupled from last year, while unaccompanied children crossing the border has tripled.

“For as long as people continue to break our laws and enter the country illegally, there will be massive stress on any system we create,”Rep. Marshall said. “While we try to show compassion to everyone, keeping our border secure is a top priority.  Without border security, no immigration plan will work effectively.”

Congressman Marshall was startled to learn that there are 12,000 children currently in the care of HHS. Contrary to the impression given by national news, less than 20 percent of those children were separated from their families at the border.  83 percent of the children illegally crossed the border alone.

“First and foremost, my main goal was to make sure that these children were in good health and have access to all of the resources they need,” Dr. Marshall said. “Despite the mainstream media’s reports, the UAC facility in Tornillo is taking great care of these children giving them medical attention as well as the diet and cleanliness they need during this time.”

Roughly 7 percent of the kids held in the facility Dr. Marshall toured were separated from their family. According to HHS 94 percent of these children crossed the border alone, with a coyote, drug smuggler or were a victim of human trafficking.

“The situation at the border is serious. But we must also acknowledge our border patrol agents and their hard work,” Congressman Marshall said.“They've given their own personal items, food, stuffed animal etc. to care for these children.”

This week the House will vote on H.R. 6136, the Border Security and Immigration Reform Act.

•    Has a legislative fix for DACA recipients 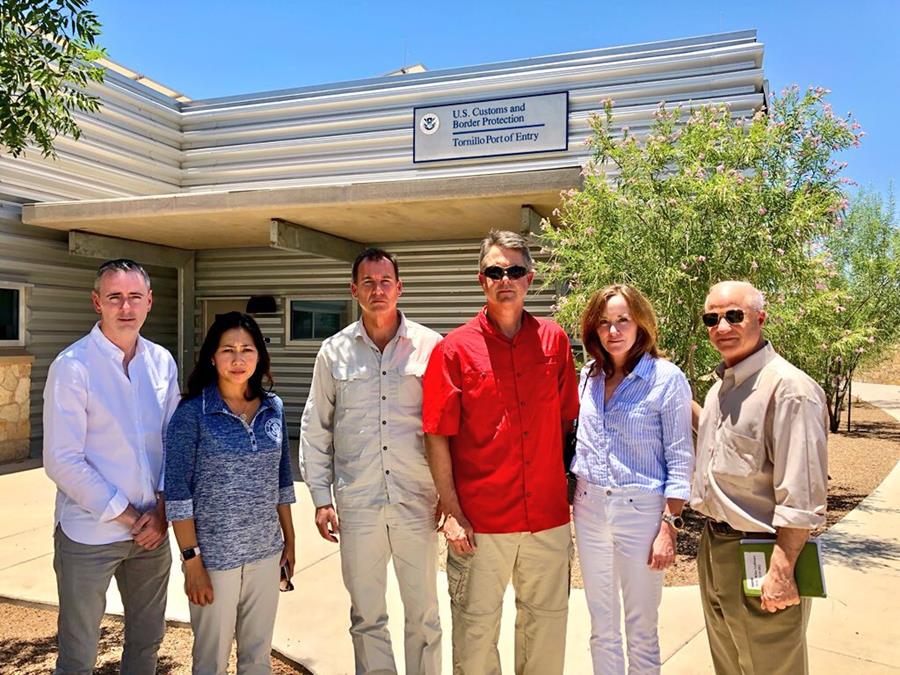