WASHINGTON D.C.-  Today Dr. Marshall joined Fox News to discuss the recently passed New York law that allows for late-term abortions up until the final minutes before the baby is due.

Congressman Marshall has delivered thousands of babies as an Obstetrician for 25 years and has been outspoken in his belief that this legislation, which legalizes infanticide, is immoral and barbaric. 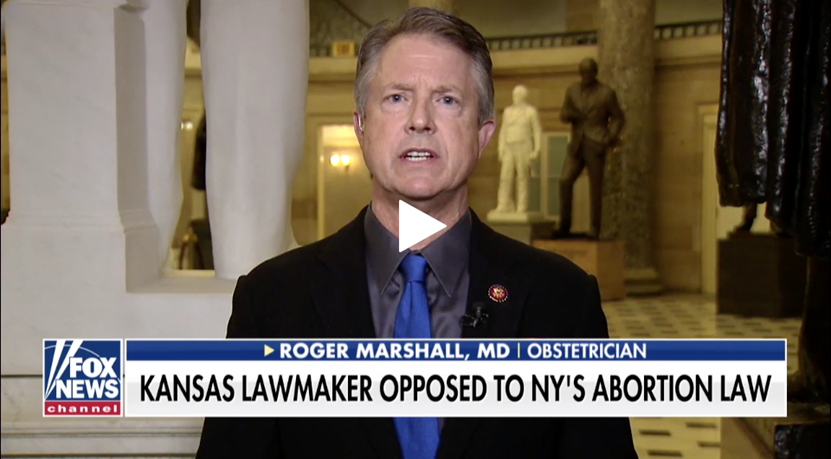 “The late-term abortion process that New York passed into law is inhumane, for both the child and the mother,” Marshall wrote.“The further along in a pregnancy, the more risk from complications come with an abortion procedure.

"New York's law demonstrates a complete disregard for life and medical standards that should be strongly condemned by all physician organizations and all Americans," Marshall wrote.

Read the full op-ed here: Rep. Roger Marshall: NY abortion law is a danger to mothers – I know, as a doctor who's delivered 5,000 babies